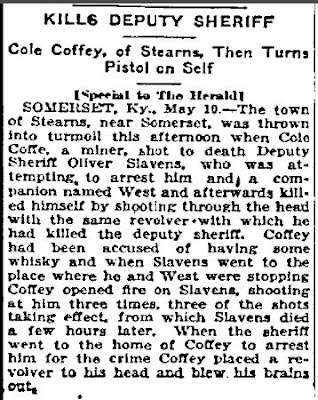 
Cole Coffey shot and killed Oliver Slaven at Stearns last Sunday afternoon about five o'clock, Slaven dying Sunday night. From information as near as the Journal was able to get, Slaven, who was deputy sheriff, arrested Coffey Sunday morning for peddling whisky and took from him eight quarts of the genuine article. Somewhere near the coal chutes Coffey made his escape. Later in the afternoon while a ball game was in progress at the ball park a man named West informed Slaven where Coffey was hiding in a nearby house and when Slaven attempted to again place him under arrest, Coffey fired five shots three taking effect. Coffey was at large till Monday morning when officers approached a house to arrest him when he fired a bullet into his own head, dying instantly. Coffey was a miner, employed by the Stearns Coal & Lumber Company without family and was being held under $3,000 bond for complicity in the murder of George Staley two months ago. Slaven leaves a wife and several children. 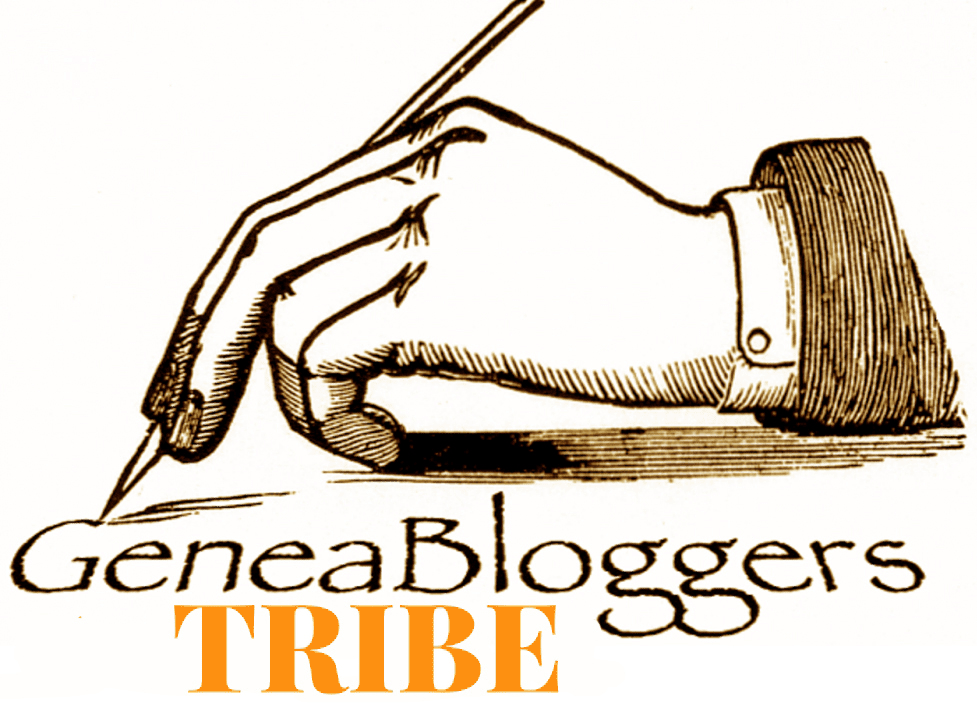